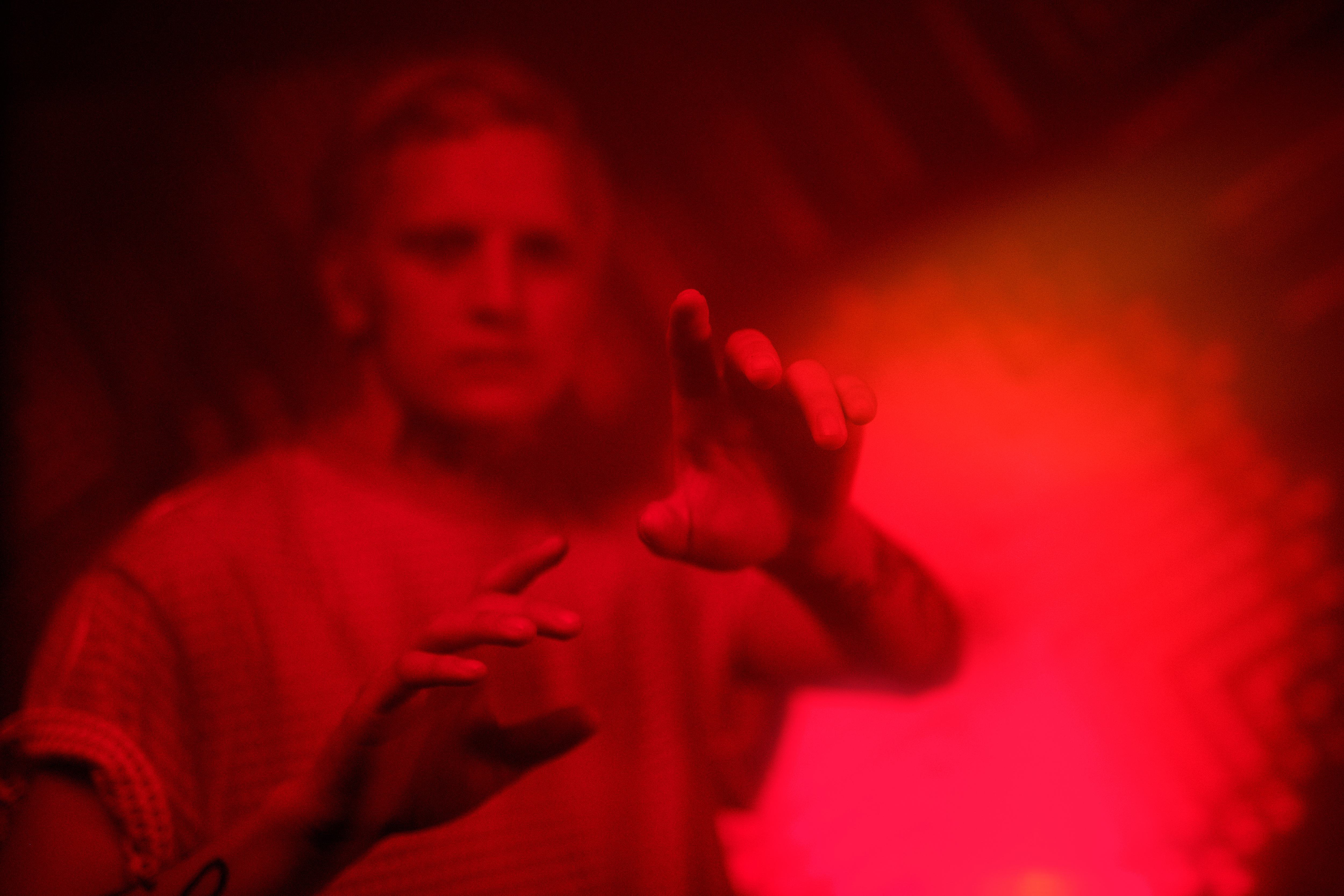 No human foot, from now on, had come close to the half-human-looking gray-haired beast!

And if so, if some had seen it, by what name would they have called it, if not monster or beast? He had none.

Nobody had previously looked for him, in time it would be said: the gods sent him.

Then one morning a young man was looking for fruit in the forest and came across this freak of nature:

Therefore, he did not mutter a word, a sigh, but ran back home to tell his father what he saw; and what to say, he described a hairy ape that looked like a demon of some indescribable humanity in him, thoughtful at that.

And the father told King Gilgamesh of Uruk the story of his son.

His father explained to the king: “The boy seemed puzzled as to what kind of human being he could be, and the forest was his whole home; he ate and drank like animals, but he had human agility, a rigid form.”

Enkidu’s home was the forest, it silently protected him from the outside world around him, a form of seclusion-

He lived and slept in the open air, assimilated to, and with the other beasts, and reptiles, primates.

Most of the time he wandered through the lagoon with which he identified himself and its tributaries.

He wandered to where he was most familiar, which had much greenery, ferns, of the most unusual kind, and broad-leaved grasses.

The man-beast, still nameless, was primarily concerned with clarifying, classifying, and remembering the present.

For this, it was somewhat more troublesome than one might think.

His thoughts and feelings were curiously confused.

His mind went from gray to dark most of the time; from there to blackness, to oblivion –

Well, he just woke up one day, compared to Adam in the Garden of Eden, and didn’t remember what happened ahead of time!

As if it had been snatched from his memory, by some witchcraft.

It is said that the gods made him a friend of Gilgamesh (demigod, more demonic than human), because he, king of Uruk, was among his people, a highly hypersexual animal, a demigod who took his wife and daughters from whoever he wanted. he pleased and did with them whatever pleased him for that day or that night.

His father is Lugalbanda (Little Lord).

Guardian and deity of Uruk (born of the souls of pleasure, which were cast down to earth from the crags of heaven).

She then left the baby deep in the forest, with imps to feed and care for it while it slept, until it matured.

And that’s how he got his supernatural physique, akin to Gilgamesh’s height and strength; but only a tenth of what Humbaba was.

But who were these angelic renegades and so-called vigilantes?

(Interlude: It is indeed strange, the Epic of Gilgamesh, Enkidu, Shamhat and the Angelic Renegades -from the Old Testament Pseudepigrapha- these writings should have fallen more quickly into the hands of posterity, instead they fell into semi-forgetfulness in a romantic style somewhat flowery, but now, despite its reach and penetration, I take them out of their pervasive verbal sorcery, and out of irresponsibility:

Who were these archangels, seraphim and seraphim, Watchers of the Earth, who swept the earth like gravitational waves?

Who crossed the warp of time?

They jumped through black holes to haunt the earth and became pleasure souls.

Who radiated pure energy once, as if they had the mass of a star within them!

Who were not subjected to ripples in the fabric of space and time, produced by violent interstellar events! It spreads at the speed of light…

They are the castaways of God, the rejected ones; those reckless fallen angels, those banished from heaven for treason; Who gave giant sounds to the earth…hybrid demigods?)

Enkidu, the man-beast, also called ‘The Savage’, raised his head a little, when he drank from the stream of the lagoon.

Scan principles and topography with your peripheral vision for opposing predators.

With prodigious effort he held himself upright, too often hunched over in the woods, sometimes trying to arch his back.

He was a friend of the whole forest, shining and huge was his appearance: he lived among the tangled vines, poisonous snakes and terrible beasts: the animals attracted him more and more, but he had a mystery of a certain infinity.

He dreams of more beautiful flowers, of tall and majestic trees.

He loved the forest with a strange and fearful adoration.

And for the most part, humans avoided this dangerous wooded area of ​​the forest: therefore, he knew none.

Nobody approached the edge of the forbidden section, where the monstrous Humbaba was, saying that his heart was beating like thunderous drums.

Enkidu ‘The Wild’ slept on the edge of ancient trees in the Cedar Forest, also home to the monstrous Humbaba, guardian of the angelic renegades and demi-gods; but Enkidu kept his distance from him-

He was well aware of its deep green shadow and its thunderous roar.

Therefore, he stayed with the fretted ferns, played with the beautiful autumn leaves and the many butterflies.

Also, the emerald and scarlet birds.

Even he would go deeper and deeper into the emerald gloom, but he only feared Humbaba, and he never got past a certain point, not yet.

Happy was his soul, ignorant of civilization, or of the human female.

In a childlike way and mind, he picked many flowers, smelled the intoxicating perfumes.

And then, one day, Shamhat, ‘The Joyful One’, appeared naked on the grass by the pond.

Her beauty, like Aphrodite, sent by Gilgamesh to seduce and civilize him, to be his friend, because Gilgamesh had no equal.

Shamhat, well endowed, priestess of Ishtar of Uruk, drew him from the pool to her side.

And she taught him different and unknown things.

And he was lost in her among the trees and the beasts.

And they participated in a seven-day sexual odyssey, from which he had been ripped body and soul.

Immerse yourself in a long dreamy sleep.

When he came out of his dream, tired as a dog, he found that his life was irretrievable.

His old life was somehow unreal and remote.

He was very weak and wobbly, looking for edible fruit.

In short, when he made love to Shamhat, his body was stiff and hard, and his heart beat like fire.

He felt dizzy and thereafter limped, what happened?

He was bewildered, stunned into a weak state.

Because his particular was stiff as a tree stump, and had intercourse for seven days, without rest.

Everything was like a heavy wave, without much rest.

And the animal in it was tamed.

And the trees grew lighter, and his animal friends moved away, they didn’t know him.

And he was sleepy and dizzy, and he no longer stood up to the sun, nor allowed it to wake him.

And his old life vanished, sank into eternal nothingness.

And Shamhat managed his plot and allotment.

Those so-called renegades, Watchers, Fallen Angels, descended from the unfathomable depths of time and space.

Not originally to trample the face of humanity, but to watch over them.

They, like Enkidu, were numbed by power, vanity and pride and ultimately lust.

In doing so, they trampled humanity to their heart’s content because they could;

And those prehumen demonic forces, they were reinforced to do the same!

And so came diabolism.

And it’s been a long time since this happened.

And those who have survived the fury of God have long since been silent, for a time.

And for the man of today I don’t know their thoughts for him, but I know that they know, their time is short.

How many are left, only Satan, his godfather, knows, besides God himself.

And Satan, the Great Dragon, will summon them in time, soon.

There will be no more stillness here on earth, and if there were, it would be false.

Satan knowing that time is short, what he has planned to do, he will do.

And now I must end, and cast this writing adrift on the wave of time, and let it fall between shadows and shadows.

Note: In the last twenty-five years, the author has read three different accounts, translations, of the Epic of Gilgamesh, and this is his view of just a certain section within the Great Epic, written on stone fragments around 1700 BCE. occurring around 2750 BC. The Epic itself is considered the fourth greatest story ever written, surpassing even ‘The Book of Job’ (the story dates back to around 2200 BC) and ‘The Iliad and the Odyssey’ ( the Trojan War being around 1250 BC, and the Epic written around 800 BC) The author has taken ideas from the Epic of Gilgamesh and the ‘Book of Enoch’ (written around 200 BC .seventh from Adam, Adam dates back to around 8700 BC or so according to Jewish tradition?) to tell his story, “The Passing of Enkidu” with his ‘after reflections’ for humanity today, or modern man .