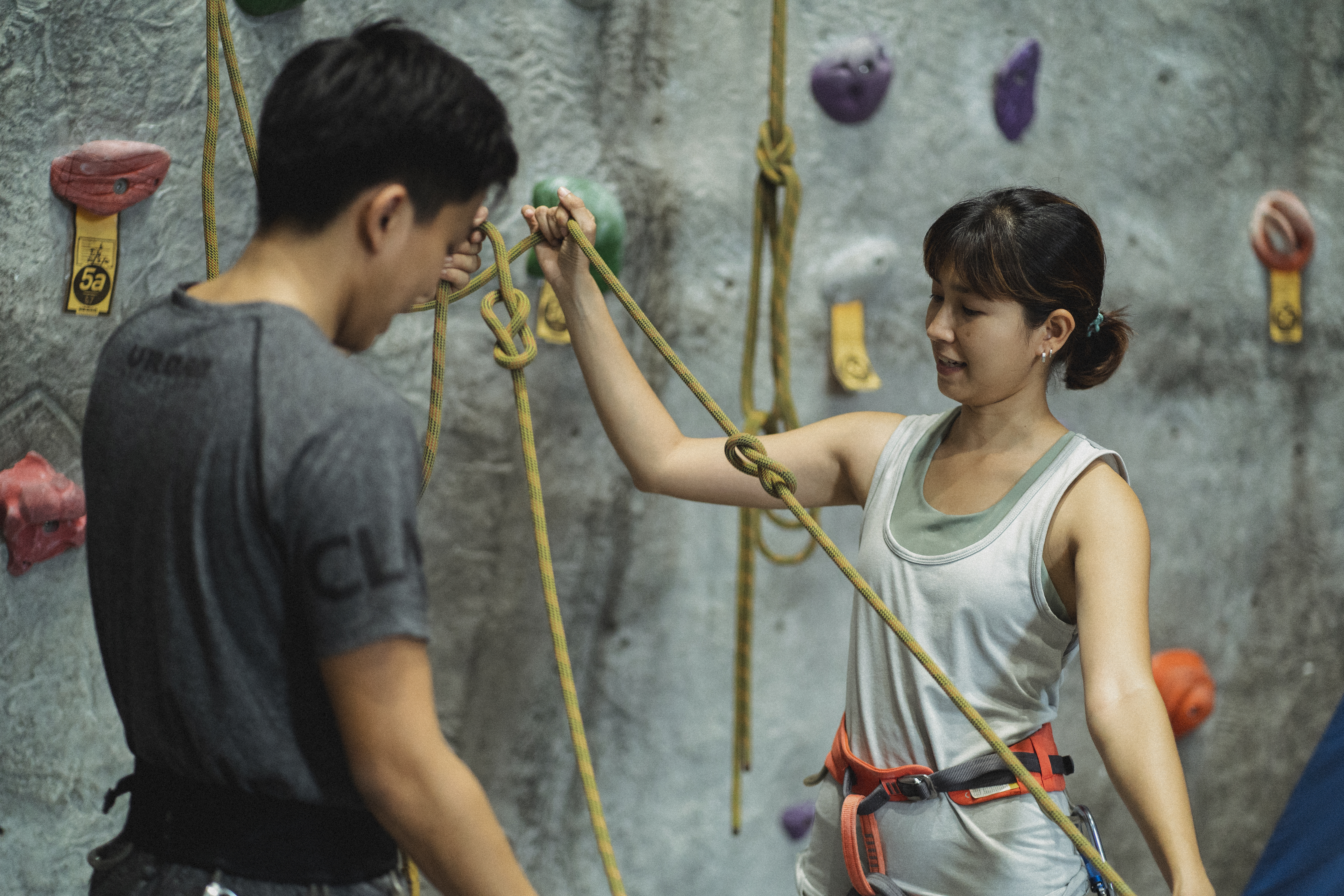 Alternatives to non-surgical liposuction are big business. Perhaps you have undergone one of these treatments or you are thinking about it. The buzz is high, so it’s important to know what each treatment can accomplish before you take the plunge and pay a fair amount of money for a treatment.

There are various methods of body contouring. Most work with the idea of ​​removing subcutaneous fat cells (fat just under the skin instead of inside the body). However, one method, the Contours Body Wrap, works by stimulating the muscles to give a temporary tightening effect and using mineral clays applied to the body to supposedly remove toxins from cellulite problem areas. (Cellulite according to some people has a dimpled appearance due to the toxins it contains). In fact, the treatment provides a loss of inches that can last around 30 days. In fact, it guarantees inch loss or your money back. Be careful though, the company claims you’ll lose six inches and this is a point many treatment professionals are guilty of; because the measures given are cumulative. In other words, the practitioner will measure it in several different areas and add them all up! The treatment consists of the application of electrodes to the skin for muscle stimulation and also the application of a clay body treatment. can be a bit messy! Usually, a loss of 1 or 2 cm can be measured immediately after treatment for a single measurement.

Of the localized fat reduction techniques there are three contenders. Laser Lipolysis, Ultrasonic Cavitation and Cryolipolysis or ‘Coolsculpting’ as it is sometimes called. (Coolsculpting is actually a Zeltiq trademark but it describes what the procedure does very well.)

Laser Lipolysis or Laser Lipo for short has been a popular salon treatment for a while now. The treatment works by using a particular frequency of laser light that penetrates about 6 cm into the subcutaneous fat layer and causes the fat cells to release their stored content, reducing inflammation and causing the loss of inches.

How it actually works is a bit more complicated. Each fat cell contains a mixture of fat, sugar, and water, this mixture is called triglycerides. In every cell there are basic structures called mitochondria that are the powerhouse of the cell. When the body exercises and has run out of available fuel from food, mitochondria in fat cells signal the cells to begin releasing their fat content for the body to use as fuel. Then changes occur in the cell membrane; it becomes more permeable and this allows fat to be released. This fat is absorbed by the lymphatic system and transported to where it is needed. The frequency of laser light used in Laser Lipo mimics this signal and activates the mitochondria to release fat from the cells. This fat is then absorbed by the lymphatic system and slowly used by the body as fuel.

The desired area is treated by applying paddles that are embedded with cold laser diodes, the light of which penetrates the skin to the subcutaneous fat layer and causes the fat cells to release their contents. With Laser Lipo, it is important to exercise after the treatment to ensure that the fat is burned, as the fat cells can reabsorb it. You will need eight to ten sessions to achieve good results. Session prices typically range from £40-£60 for a single treatment on a single area. You would not have more than two areas treated at a time. Treatments can be done twice a week. It can be used on any area of ​​the body except the breasts. Vigorous exercise is required after treatment for up to one hour to minimize the risk of fat cells plumping up. Small results, typically 1-2 cm loss, can be measured immediately after treatment.

Ultrasonic cavitation is a completely different treatment than laser lipolysis. As its name suggests, it uses ultrasound. Cavitation is the term given to the spontaneous formation, expansion, and contraction of tiny microbubbles within a liquid. In fact, cavitation is a phenomenon that in most cases we seek to avoid because it is destructive. The phenomenon is known in engineering, where it can cause severe structural damage to moving parts, such as ship propellers. However, in a medical setting where it is applied in a very controlled manner, it can be used to selectively destroy fatty tissue. What makes this treatment very different from laser lipolysis is the fact that it not only empties fat cells, but destroys them, meaning those cells can’t just fill up with fat again. The body will have to produce new fat cells, and as long as your weight is stable, this is something you don’t want to do. The body only makes new fat cells when the old fat cells have reached a certain capacity. The area is treated by massaging it with an ultrasound transducer. The ultrasound waves penetrate the selected areas and cause the destruction of fat cells.

You will need around five to eight treatments to achieve good results. Treatment prices range from £80-£100 per treatment per area, but you should be aware that this may offer you a more permanent fat loss treatment than laser lipolysis. You will not have more than two areas treated at a time. One treatment every week to ten days to allow the body to properly eliminate fatty tissue as metabolic waste. It can be used on any area of ​​the body except the breasts. Post-treatment exercise is not required. Small results, usually 1-2 cm loss, can be measured immediately after treatment with further reductions for up to a week as the body breaks down the cells.

Cryolipolysis again works differently than laser lipolysis or ultrasound cavitation, but like cavitation, fat cells are destroyed rather than simply emptied. Cryolipolysis uses extreme cold to selectively kill fat cells. The method was developed by Harvard University after scientists analyzed old data from the 1960s pertaining to studies done on a condition called popsicle panniculitis. Popsicle panniculitis developed in children who ate a lot of popsicles. They lost some of the fat on their cheeks and the link between cold weather and fat cell death was established. This phenomenon has been refined and perfected to become one of the most innovative treatments in recent years. The area is treated by suctioning the fatty tissue into an applicator where it is cooled to a point where it kills the fat cells but does not damage the skin or other tissues. The treatment can reduce fat cells by up to 25% in a single treatment session. However, the downside is that it can only be used on loose grease that can be absorbed by the applicator. Therefore, a flabby tummy is an ideal treatment area, while firmer fat on the thighs, for example, is not.

You will need only one treatment per area and may have up to six areas treated at a time. Prices range from £600 to £1000 per area. Only suitable for softer fatty tissues such as stomach, flanks (love handles), upper arms, and possibly inner thighs or inner knees. Post-treatment exercise is not required. Results take about eight weeks to develop, but the wait is well worth it.

Radio frequency. Although not specifically a fat reduction treatment, it deserves a mention here because it can treat and improve the appearance of cellulite. It works on the layer of fat and reduces it, but not enough to be used alone as an inch loss method. However, because it works so superficially, it is ideal for treating cellulite. Cellulite is the firm but dimpled fatty areas typically found on the thighs and buttocks of women. Radiofrequency waves penetrate this layer and cause micro-trauma to the connective tissues (collagen) embedded within the fatty tissues, causing the production of new collagen. This new collagen replaces the old damaged collagen structures, giving the area a much more uniform appearance. The radio frequency will also act to a small degree on the fat cells, causing them to release their contents, helping to soften and smooth the area. Radio frequency will also help to tighten loose skin after weight loss. Post-exercise treatment is not required. Results, not loss of inches but a smoother contour as cellulite is reduced.

So which method is best for body contouring? Well, it depends a lot on what you’re trying to achieve. If you just want a temporary fix to look good for a special occasion, a contouring body wrap works well.

If you are a very active person who only wants a small adjustment in the circumference of your waist, laser lipolysis will work well. Its activity levels should prevent fat cells from filling up and the treatment is now quite inexpensive compared to the other methods.

For general reduction in the size of an area, eg waist circumference, thigh circumference, etc., ultrasonic cavitation is a good option, especially if you don’t like exercising.

To target pockets of fat like tummy bulges, cryolipolysis works better than any other non-surgical treatment available today, providing significant fat reduction in just one treatment. Although not cheap, the cumulative costs of the other treatments can add up to as much as a cryogenic treatment and remember that you only need one treatment to get the results you want.

Radio frequency is excellent for targeting cellulite areas and also for loose skin after weight loss.